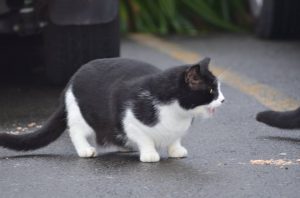 By Bob (a volunteer)

In 2002 my wife became aware of a population of up to a dozen stray cats at the rear of a large factory in Palmerston North.

These cats were in various states of health.

We commenced feeding them regularly, gaining their confidence – it would be wrong to say these were wild or “feral” cats but rather they we either abandoned or had been born to mothers who were “strays”. These cats are usually cautious of human contact and literally live on their wits. Avoiding all sorts of dangers like marauding dogs, traffic and unkind / cruel humans as they go about their daily search for food.

Feeding them regularly in the same location builds their confidence (and their health) and limits their tendency to roam far and wide in the quest for food.

Over a period of time we caught these cats and had them desexed. A few unfortunately had to be euthanised due to their age and chronic health issues. It is always hard to return the cats to their outdoor life. However it is a life made much better by regular feeding and the elimination of constant breeding. With the cessation of breeding the population is stabilized and with the exception of the odd unfortunate traffic accident, over time, old age plays its part in reducing numbers. Here again human intervention ensures that usually sick and elderly cats are humanely euthanised.

Now in 2017 there are only two cats at this site – coincidentally a male and female – both desexed several years ago. One can only speculate number of kittens that would have been produced by this population had we not have taken, and continue to take, the action that we do. 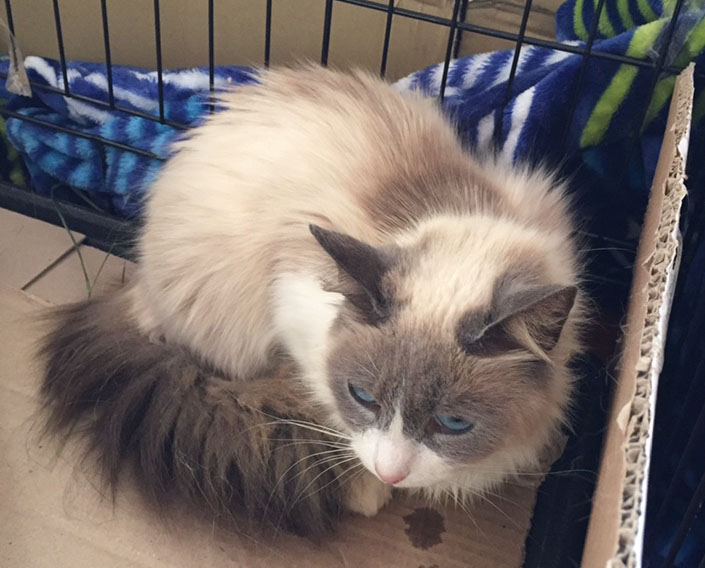 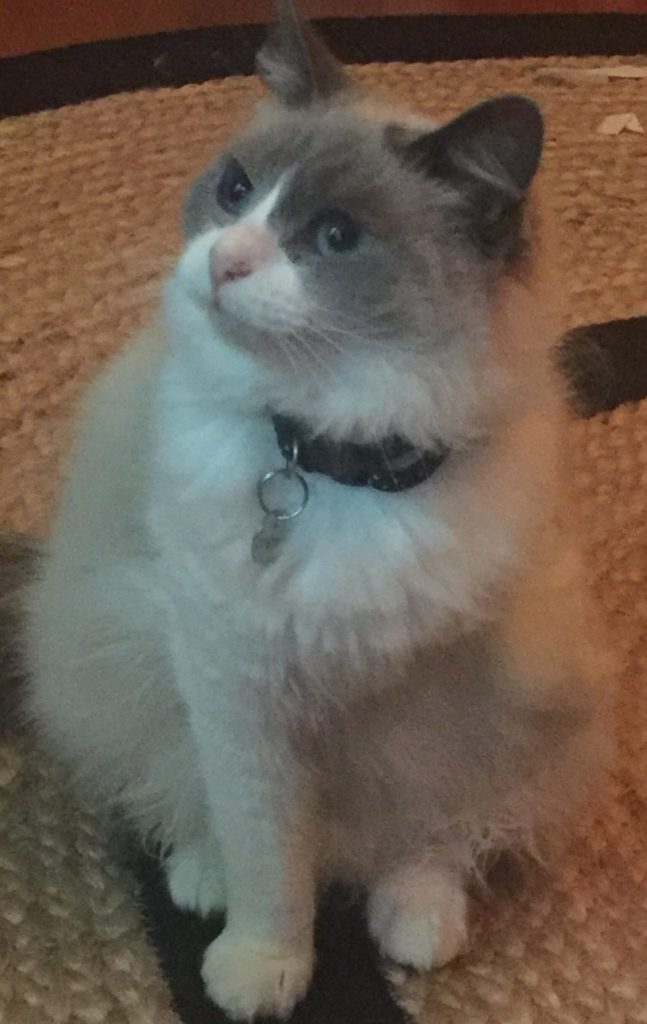 By an adoptive family

This is our 3 year old (at least partially rag doll) rescue cat Stella. We adopted Stella from Manawatu Alley Cat Trust in November 2016.

When we first picked up Stella she had recently been found living under a house, completely wild, severely underfed and shrank away from any human interaction, the vet said she weighed only 600g! She literally hid away from sunshine in a way that made us suspect those pretty blue eyes were a symptom of vision issues.

Stella was given her own room to acclimatise to the change in lifestyle, so we could slowly control introducing her to human company. After a brief scare early on, when we thought we had lost her (turns out she just felt more comfortable in our chimney than outside on the cat bed!), she slowly began approaching the ‘human half’ of the adjoining room, and then entering the lounge to say hello.

It was a long slow process, with ups and downs, but after some careful feeding and lots of brushing and patient attention, Stella is now a friendly, if somewhat cautious kitty, who follows patches of sun around the house. She loves sleeping on the couch and nudges you when she wants to be pet or brushed. She is a bit silly, and loves chasing toys around the room skidding on the hardwood floor. She is now so sociable, and is in the process of befriending our other cat! 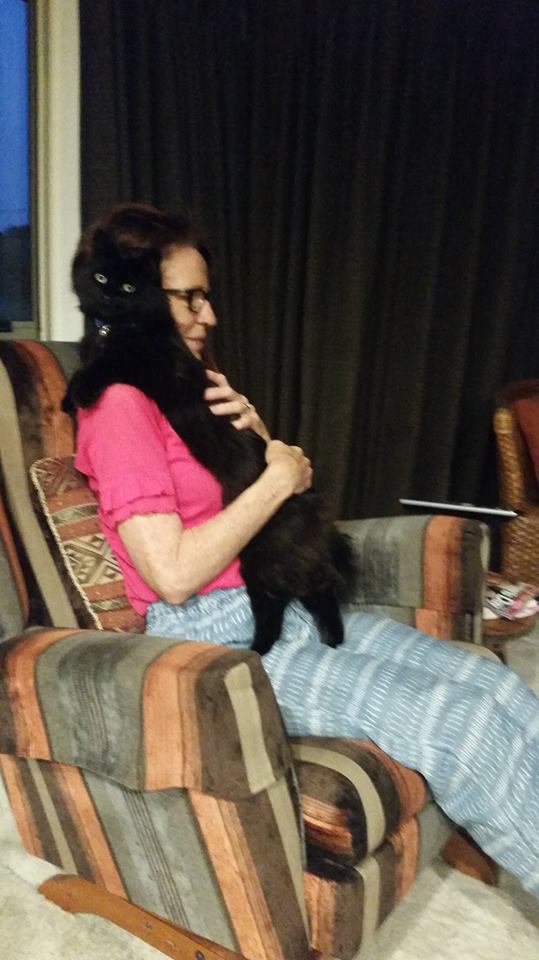 Here is what one of our Trustee’s says about her alley cat kitty:

Eighteen months ago I adopted a little alley cat, who I have since named Dusty. I had seen on the Alley Cat Facebook page that this 3 month old was looking for a home. As Jenny said he was friendly and snugly, and as I work with small children at home, I wanted a cat to be a part of that. I arrived at Jenny’s and Dusty disappeared. Jenny found him and brought him to me and he reluctantly eyed me up. We took Dusty home and he immediately went into the bottom shelf of my bookcase and hissed and spat at us whenever we got too near. I put an old plastic tablecloth on the carpet with his litter tray at one end and his water and food bowls at the other. Over the next few days he slowly ‘thawed’ , and on the 3rd morning I remember his tail shot up in the air for a couple of seconds when he realised I was going to feed him, and I thought “we’re winning”!

Now this little cat loves us with a passion! When Dusty wants a cuddle, he wants a cuddle! He would have to be the most special little cat I’ve ever had (and I’ve had a few), so affectionate, he absolutely loves cuddles and being near us. He climbs up to our shoulders every time he needs a cuddle and buries his face in our necks. He is still very wary of strangers until he gets used to them, but is getting better as he gets older.

He was certainly worth the effort that it took in those first few days to gain his trust.